UgCS Transcoding is working if "UgCS Video Server" is selected as a Live Stream Provider. 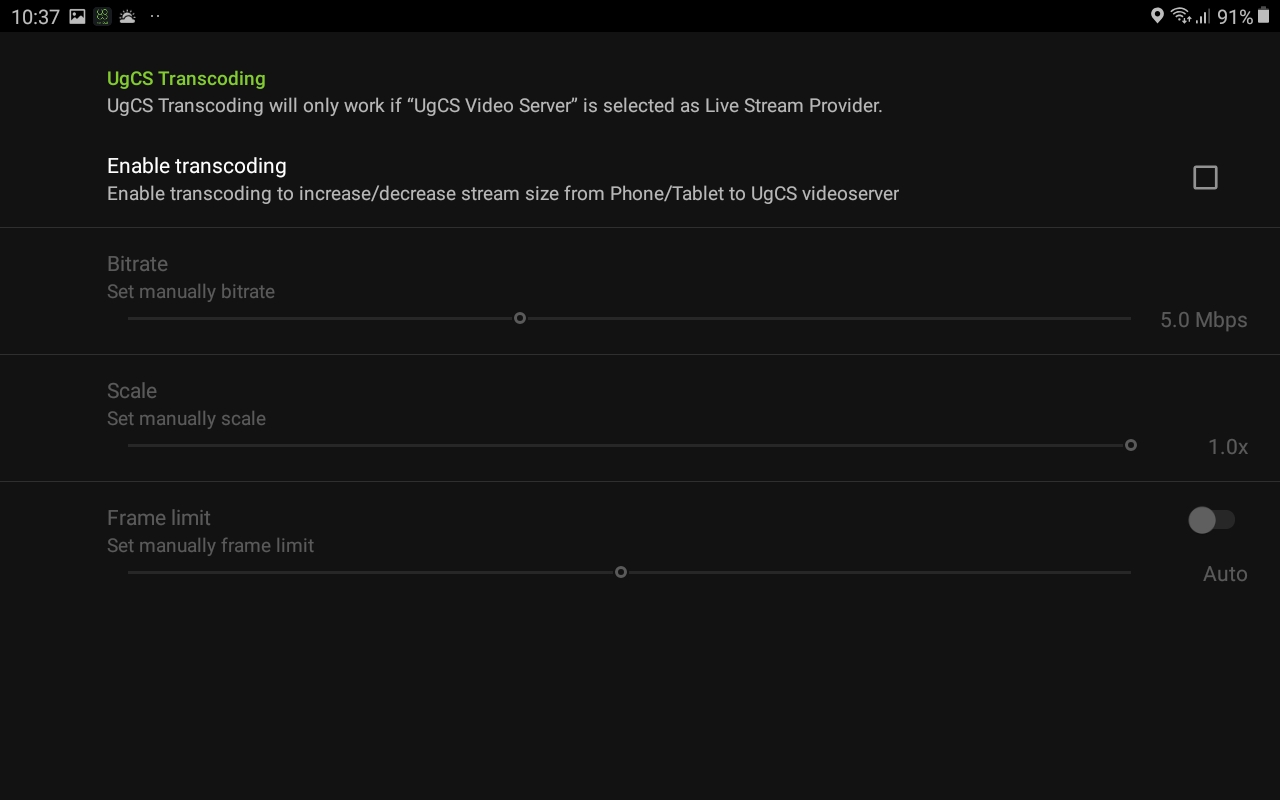 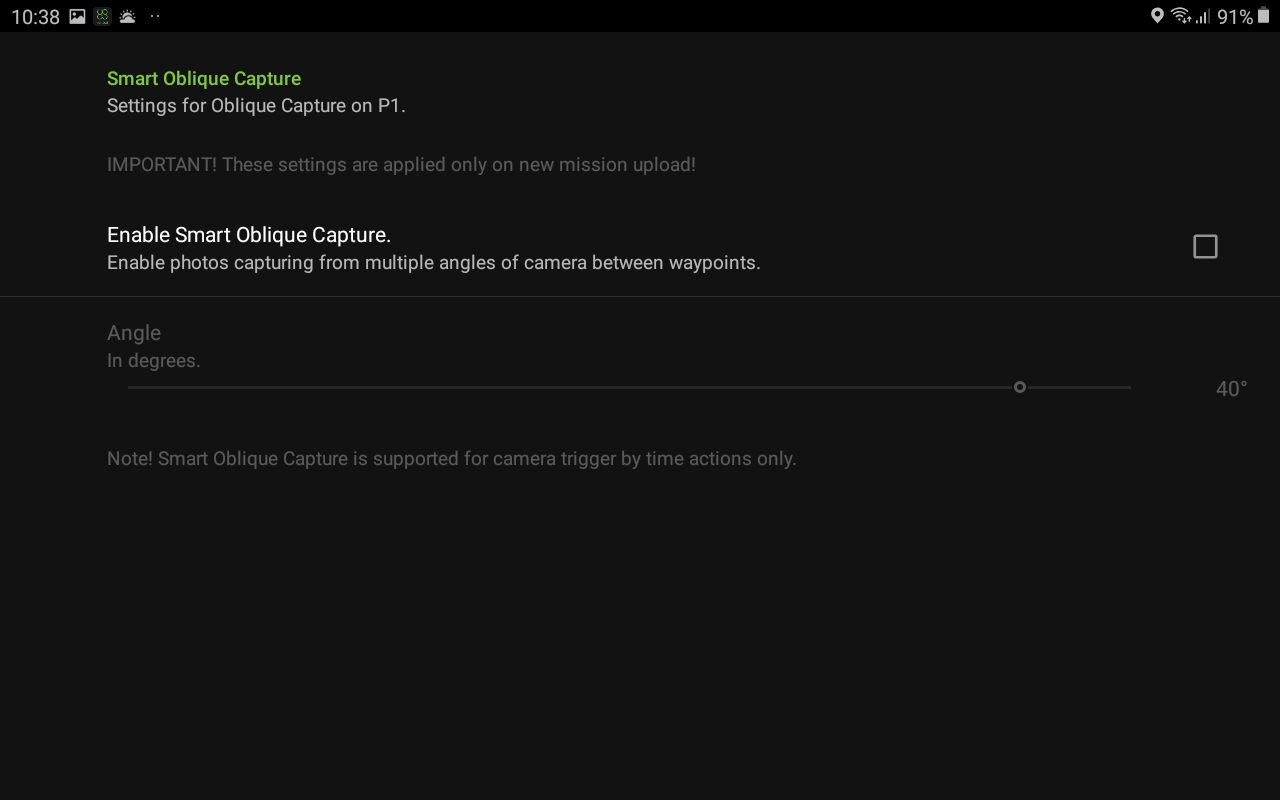 The feature allows photos to be taken at multiple angles during a flight by way of payload control. During a Smart Oblique Capture operation, the aircraft will fly in the mode with the highest operational efficiency. The flying speed will also be adjusted according to the different oblique capture sequences for each flight path section, to maximize the efficiency of the operation. Currently, the function is only supported by Zenmuse P1 as mounted on the M300 RTK. Without that feature, the camera orientation during the mission can be controlled at Waypoints only.
However, sometimes it is required to capture multiple photos at different angles. For instance, it can be used during photo mapping.
The application uses a gimbal to control the rotation of the camera during the flight, so the camera is looping between three points: orientating Nadir, left side, and right side: 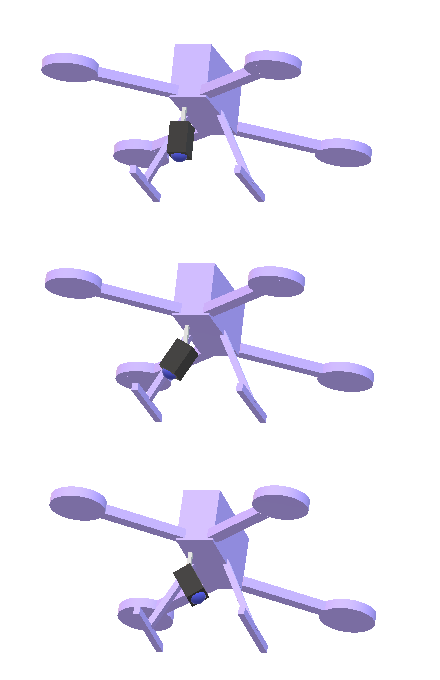 This rotation is spread evenly among time set in TRIGGER_BY_TIME action: 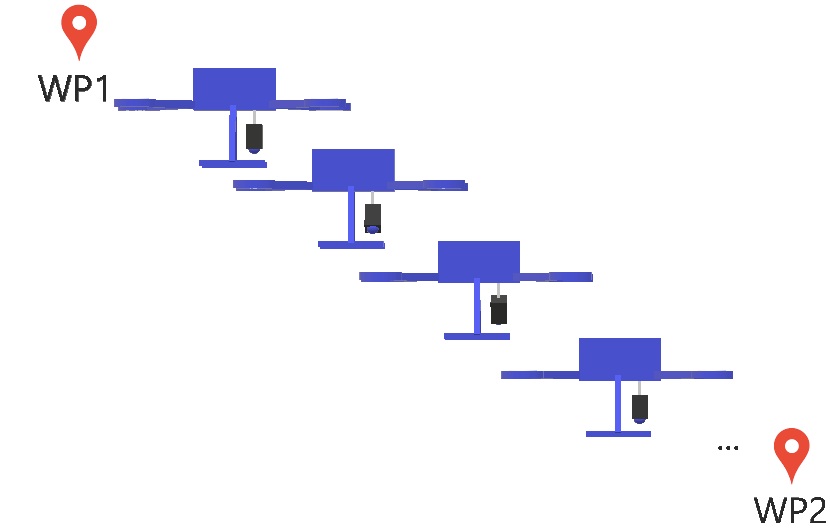 For instance, if the time trigger is set to 3 seconds, shots will be taken every second (1 second for rotation at each angle).
The angle at which the camera will rotate can be set as the ‘Angle’ setting: 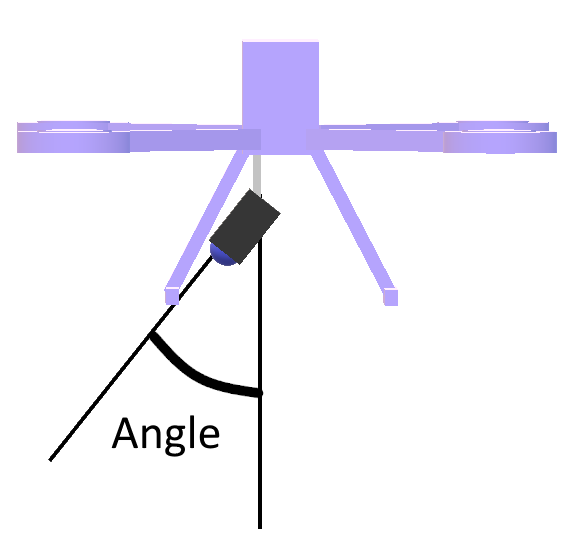 !Note! Smart Oblique Capture is supported for camera trigger by time only. Enabling or disabling that feature or changing the angle requires a mission re-upload.